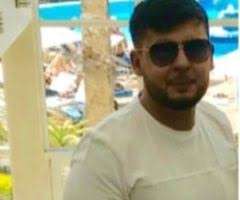 The arrest comes a day before the suspects are expected to appear in court for plea taking.