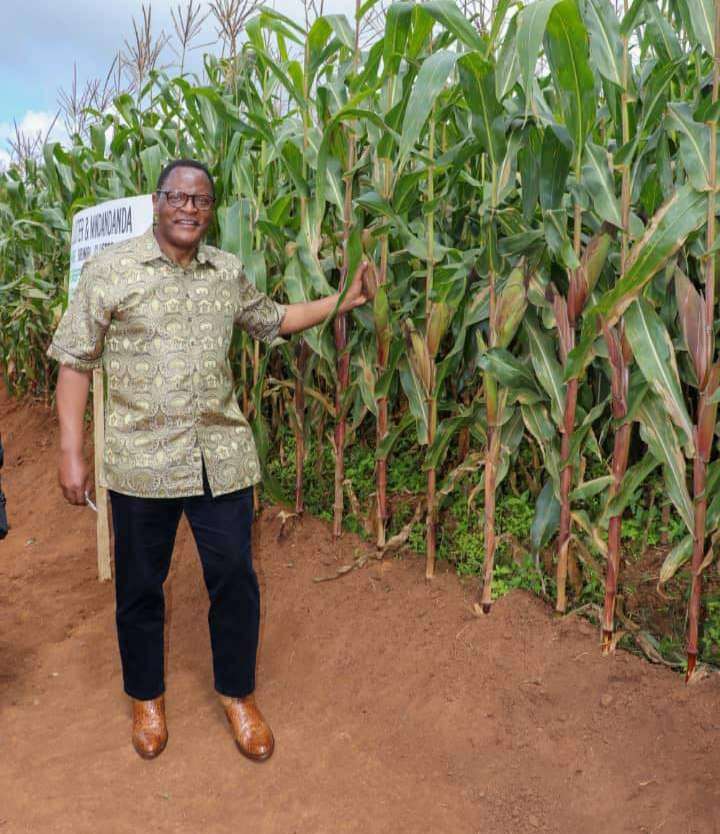 After inspecting crops in three areas in Ntcheu, President Lazarus Chakwera is now holding a development rally at Kuyenda School in the district.

Makwangwala has urged Chakwera to continue with the Affordable Inputs Programme, saying Malawians cannot afford to buy fertiliser at the current market prices.

The traditional leader has further said due to the late onset of rains, the district is expected to record low harvest.

He has since asked government to introduce other programmes which could help communities have money.