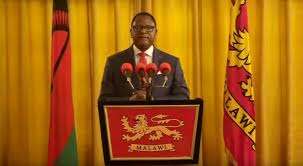 A group of some Civil Society Organisations has called on President Lazarus Chakwera not to assent the Non Governmental organizations (NGO) Bill that was passed in parliament days ago.

The CSOs; Youth and Society, Center for Human Rights Rehabilitation CHRR, Human Rights Defenders Coalition (HRDC), Section 12, CHREA and others have described the Bill as a bad Bill that has come to destroy rights of NGOs.

Among others, the NGOs are against mandatory registration in the Bill saying this is killing the rights of new organizations and other youths organizations that may not afford to get their organizations registered.

Speaking during a press briefing in Lilongwe, Charles Kajoloweka Youth and Society Executive Director said the Bill wants to kill active citizenship as it is stoping the voice of concerned citizens groups.

“We want the President to halt the assenting of this Bill and it must go back to the drawing board. It must go through consultations and serious review so that it should do justice to human rights protection” said Kajoloweka.

Kajoloweka added that they are planning to meet President Lazarus Chakwera to drop their concerns before him. He says the NGOs also plan to engage Parliament, NGO Board and the Citizens.