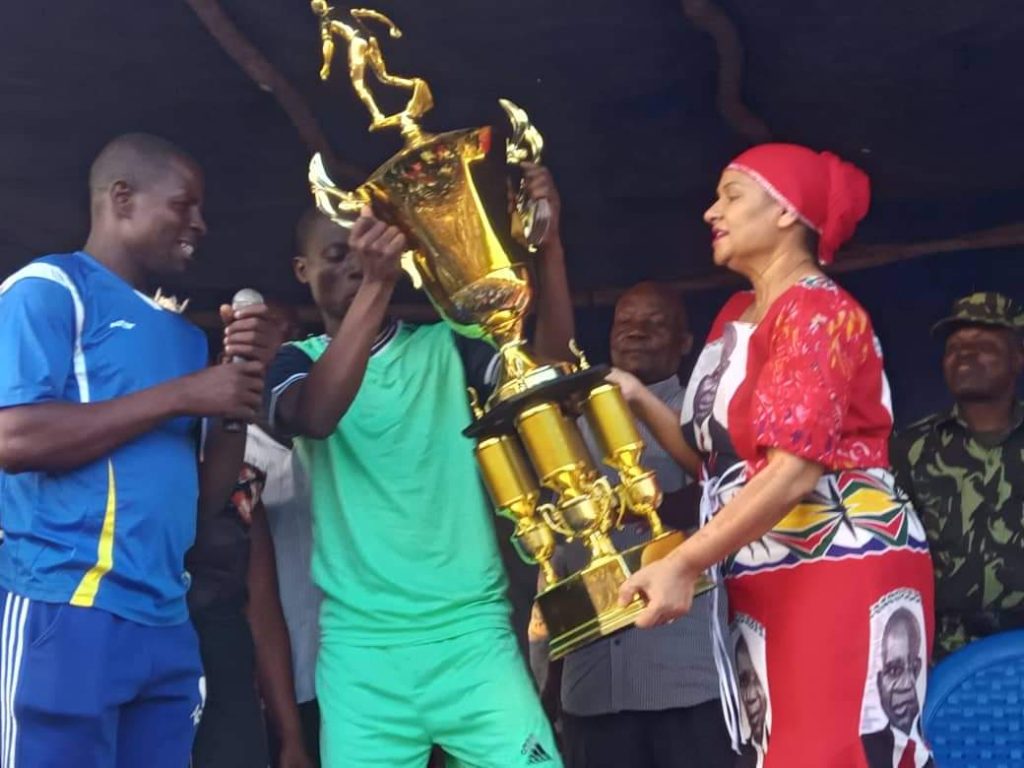 Member of Parliament for Chikwawa-Nkombezi Abida Mia has presented money, a trophy, and jerseys to finalists of the K10 million Abida Mia Trophy.

Mia said the initiative is in line with President Dr Lazarus Chakwera’s wish to invest more resources in the youth.

“I wish to empower the youth knowing that if they stay idle they would be less productive,” said Mia.

The competition was held in five zones of her constituency.

Other than pumping funds into sporting activities, Mia has also been donating maize flour to the underprivileged, a gesture she has described as a top-up to the Social Cash Transfer (Mtukula Pakhomo) initiative.