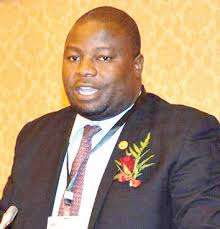 LEADER OF OPPOSITION IN PARLIAMENT

RECENT DEVALUATION OF THE KWACHA

On Thursday, 26th May 2022, the Reserve Bank of Malawi (RBM) announced a 25% devaluation of the Malawi Kwacha, claiming it is one way of fixing the economy, which is currently experiencing dwindling foreign exchange reserves and runaway inflation.

RBM said they made such a decision based on some economic fundamentals but I am concerned with the impact the decision will ultimately have on the daily lives of Malawians, particularly those who live in the rural areas of the country.

Almost everyone who has spoken on the devaluation, including so many renowned economists, agree that the decision will lead to a sharp rise in the cost of living for Malawians. Already, there is panic among consumers some of whom are rushing to stock up on basic food items such as maize flour, cooking oil, soap, rice, among others, before an inevitable rise in prices.

The price of fuel and electricity is expected to rise; transport costs are expected to go up; the cost of medicine in hospitals will also go up. On top of this, the devaluation will leave people poorer than before as their savings will be wiped out.

This devaluation means that the 12% salary increase that civil servants got in the 2022/2023 financial year has all been wiped out.

The private sector will shrink as the already high cost of production will now double, or even triple. In some cases it will even quadruple. Meanwhile, the salary will be the same; and the Malawi Revenue Authority (MRA) will not change its tax calculation on the same wiped out income thereby throwing businesses and the people into bankruptcies and the cycle of poverty.

I am told the government is claiming it has come to this decision because the previous DPP government took some loans from international banks to balance its books. This may not be entirely true, and it is a statement bordering on scapegoating. It is important at this stage for the government to confront the truth.

I am well aware that the Extended Credit Facility (ECF) programme, which is being renegotiated now, was discontinued by the Tonse Alliance government immediately after coming to power without proper and clear justification. The government must accept that it made a bad decision and that it is now eating a humble pie.
We also know that donors, including the European Union, are currently withholding aid due to concerns over corruption, which has become rampant under the leadership of President Lazarus Chakwera and the Tonse Alliance. This is one of the contributing factors to the foreign currency stress situation this country is currently experiencing.

It is also important to note that despite advice from us in the opposition and so many other stakeholders, President Lazarus Chakwera and the Tonse Alliance leadership continue to travel non-stop both locally and internationally as though they are in paradise. The President is still going around on a hired private jet often accompanied by a large entourage, and he is draining a huge amount of foreign currency in the process.

I have said for the umpteen times that Malawi is a very poor country, and that the behaviour of our leadership ought to have reflected our economic status. The President, the Vice President and Cabinet Ministers should not live large like we are an oil exporting country with large amount of cash to spend.

It appears my advice has always fallen on deaf ears. Chances are we are always the poorest country at international conferences and forums where President Lazarus Chakwera rushes to attend for a photo opportunity.

Chances are also that our contribution to these so called conferences is negligible and not enough justification to always get into a private jet burning fuel and forex. These days, there is a way of participating in these conferences without physically attending.

In this case, the people are the ones that have been hurt, because in this case devaluing the Kwacha is like asking Malawians to suffer on behalf of President Lazarus Chakwera. The question is, when is President Chakwera going to genuinely sacrifice for Malawians? Where is the servant leadership that he made noise about before his election as President?

I would like to appeal to President Lazarus Chakwera and the Tonse Alliance government to immediately take the following measures:

Finally, I wish to urge President Chakwera to immediately call for an emergency sitting of Parliament for MPs to review the K100, 000 tax-free band for PAYE and other taxes that have negative impact on poor Malawians, especially following the devaluation of the Kwacha.