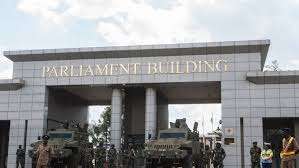 Some members of the committee confided in Nation Online about the development.

PAC held interviews for the newly appointed board members between yesterday and today.

According to information that we have gathered, the committee has rejected Innocencia Chirombo who was appointed vice chairperson because she had already served in the previous board which was faulted in the appointment of Mera chief executive officer Henry Kachaje.

The committee has also rejected Rhodrick Chingota for being overaged (76 years old). Chingota had replaced Lameck Nchembe who was removed from the original appointment on PAC’s recommendation.

Nchembe was the only member from the previous board who appeared before PAC after being sanctioned, while the rest resigned before the day of the meeting.

Chairperson of the committee Joyce Chitsulo confirmed that they conducted the interviews but could not specifically comment on the outcome.