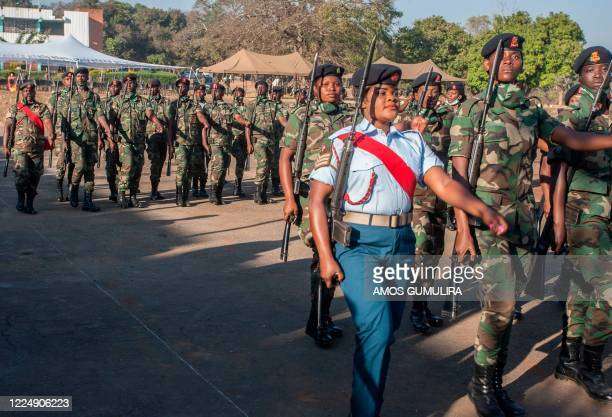 Governance experts and human rights activists have raised eyebrows over how SF International owned by Shiraz Fereirra continue to win multi-billion kwacha contracts with the Malawi Defence Force (MDF) and Malawi Police to supply military equipment when the company was embroiled in Cashgate in 2013 and at a time the Anti-Corruption Bereau (ACB) has stopped some contracts at MDF and Police.

Fereirra is said to have coaxed into bed MDF Commander General Nundwe and top brass at Malawi Police to dominate security contracts despite his dirty past linked to Cashgate in which he pocketed billions of kwacha without delivering goods.

Another social commentator says has since demanded a full investigation into how SF International has won contracts to supply Trucks and Armoured Vehicles to MDF and the Police despite the company’s history in 2013 in which it defrauded taxpayers of billions of kwachas through dubious deals that included inflation of invoices.

SF International and the owner Ferreira was implicated to have been enjoying the favours of the government between 17 July and 7 August 2013 where a total of MK468, 820,000 was withdrawn as cash in questionable manner through Malawi Defence Force treasury vote by over invoicing the goods.

” It is surprising that a company that was implicated in cashgate in 2013 continues to be given contracts to supply military equipmmnet. This is also happening when ACB has recently stopped some contracts at MDF and Police due to suspicion of corruption. The dealings of SF International and Ferreira must be suspended and investigated by ACB and other State agencies,” he said.

The bulk of the contracts have been offered under Requests for Quotations (RFQs), Single Sourcing and to a smaller extent Restricted Tendering, according to sources at the Public Procurement and Disposal of Assets Authority (PPDA).

Ironically, ACB , Police and the Financial Intelligence Unit (FIU) grew cold feet in 2014 to fully investigate SF International and Ferreirra and attempts were made to clear the company of any wrong doing.

Ferreira has a string of criminal offences involving Money Laundering and Tax Evasion.

Government had to form a joint Task Force involving Fiscal Police, Malawi Revenue Authority, FIA for a coordinated operation to nab a man who has been at the centre of Malawi’s dubious Defence contracts for decades but appear to get away with it all the time.

But our sources at ACB say new ACB Director General Martha Chizuma has allocated considerable resources into the Ferreira probe.