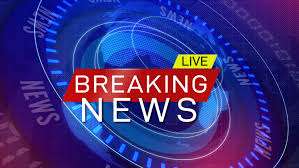 The Senior Resident Magistrate Court in Lilongwe has fined a Zimbabwean couple K1 million and ordered their deportation for possessing dangerous drugs and damaging a banknote.

Central West Region Police Spokesperson Alfred Chimthere says Tinashe Mukarati and Melisha Jackson were found in possession of 215 millilitres of narcotic liquid cocaine at their residence in Area 43 on February 7 2022.

“In the process, the couple was also charged for wilfully damaging a K1,000 banknote… The two rolled the note as a cigarette and used it to sniff the drug from a plastic bottle,” Chimthere has said.

He says Senior Resident Magistrate Florence Msekandiana fined the two K400,000 each for possessing dangerous drugs and K100,000 each for damaging a banknote.

In mitigation, the duo said they are first offenders and that they showed remorse by pleading guilty.

They further told the court that they have been on remand for 43 days and remained cooperative throughout the trial period.

However, SRM Florence Msekandiana concurred with the State that the aggravating factors far outweighed the mitigation factors.