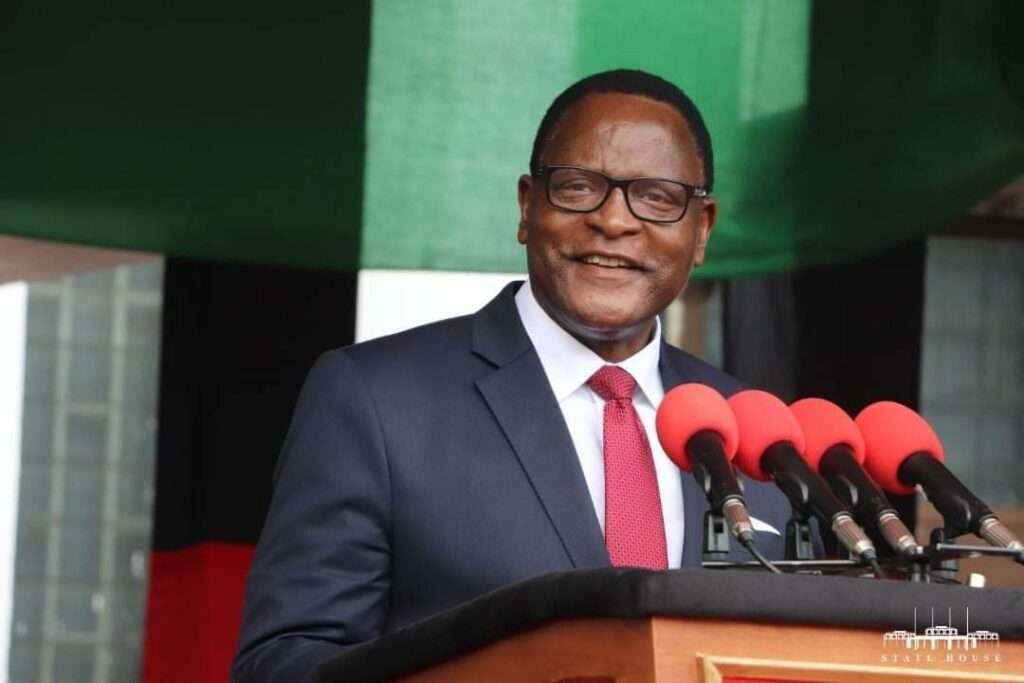 Senior Chief Mponda of Mangochi has requested President Dr. Lazarus McCarthy Chakwera to complete construction of Mangoch Airport and apply tarmac on all roads within the district to boost revenue for the district and the district to look like a Municipality.

The request was made in Mangochi during a development rally addressed by President Dr. Chakwera in the district on Wednesday commending him that he has the love and welfare of chiefs not only in Mangochi but the country as a whole.

During the meeting, Chief Mponda assured President Dr. Chakwera that all local leaders are rallying behind him and will offer their support during his two-terms in office till 2030.
But, a Malawi Congress Party [MCP] diehard of Dowa,

Mr. Rodgers Kamphangala, has advised President Dr. Chakwera not to be carried away with chiefs sentiments that they are rallying behind him saying they did the same with Madame Dr. Joyce Banda only to vote for the opposite.
…..’’Chiefs just like all Malawians are in pain and suffering due to sky-rocketing prices of commodities such as sugar, bread, soap, cooking oil, and others, they are telling him lies with a specific objective of fooling him that things are good on the ground,’’……said Kamphangala.

Kamphangala said Malawi has reached a state of Calamities as evidenced in the Biblical times when there was calamity, chiefs wore sacks saying this was demonstrated by the concerned citizens of Rumphi and Chitipa demonstrating in Lilongwe that there’s calamity in the country.

He said Malawians have reached a stage of bathing without soap, Nima soap which was being sold at K70 is now at K300, Bread which was at K400 is now at K1,000 in just two years of Malawi wokomera tonse making many Malawians wondering and questioning that do they have a government in their country?
The die-hard MCP supporter said the same calamity was witnessed in the August House in Lilongwe on Wednesday, when Member of Parliament for Chikwawa West, Sussan Dossi, entered Parliament wearing a sackcloth dress crying for Chapananga-Mwanza road.

He thanked MP for Chikwawa West for leading by example to tell Parliament and President Dr. Chakwera in particular, that Malawians are tired of listening to developmental lies saying they were promised many but nothing has been achieved.

Kamphangala recalled that in one of the previous State of the Nations Address [SONA], President Dr. Lazarus Chakwera promised a line-up of roads infrastructural developments across the country to be implemented by his Tonse Administration, but with the economic