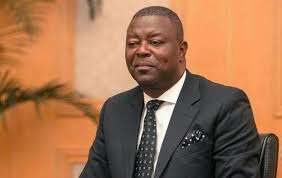 “`The government says the disconnection of electric power supply to public offices in Blantyre is in line with President Lazarus Chakwera’s agenda to fix broken systems.

“Those entrusted to run different MDAs must know that time to do things right and correctly has come. The system will not accommodate any inefficiencies.

“Many heads of various government Departments and Agencies were hiding their inability to manage institutions under the broken system,” says government spokesperson Gospel Kazako emphasizing that all MDAs will need to pay bills including taxes, water, and wages.

“If the management teams cannot do that, let them say so, so that government makes other progressive decisions,” Kazako advises.

From November 2021 to March this year, according to Escom PR manager, Innocent Chitosi, government offices have not been paying power bills which accumulated to K11.3m.

The action by Escom has grounded operations in several government offices in the building in Blantyre such as the ministry of information, the district council, fiscal policy, and the department of tourism.“`