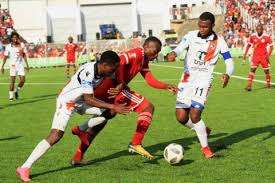 Football Association of Malawi (FAM) has shelved plans to name and shame individuals and companies with unfulfilled financial pledges meant to facilitate the Flames’ participation at the  Africa Cup of Nations (Afcon) finals in January 2022.

FAM’s move comes after some companies and individuals fulfilled K15 million of the outstanding K33 million pledges within the 21-period that expired last week.

FAM general secretary Alfred Gunda yesterday said: “After sensitising the entities on the need to honour their pledges, I can confirm that we have now collected K15 million of the K33 million that was expected.

“They have also shown serious commitment to pay the remaining K18 million within the next few days.”

He said the local football governing body has since reserved its earlier plan to shame and name the defaulters after engaging them.

“We have realised that these are partners that we might need to work with in future activities and it could not be a good idea to shame them. We have given them a chance to be  comfortable to honour the pledge  within the month,” Gunda said.

Prior to the senior national football team’s engagement at the Afcon finals in January this year, the Flames Afcon Resource Mobilisation Task Force organised a number of fundraising activities, including golf tournaments received companies and individuals made financial pledges.

The Kuipatsa Moto Flames Golf Tournament at Lilongwe Golf Club, the VVIP Dinner President where Lazarus Chakwera hosted at Kamuzu Palace in Lilongwe and the ‘Ipatse Moto Flames and Win’ Promotion were organised to raise at least K154 million, which was a deficit on the national team’s K525 million Afcon budget.

However, the task force collected K115 million out of the K148 million that was pledged. Most of the unfulfilled pledges were made at the VVIP dinner, totalling K24 million followed by the golf tournament at K9 million.

At the Afcon finals, the Flames for the first time, reached the round of 16 where they lost to Morocco 2-1.