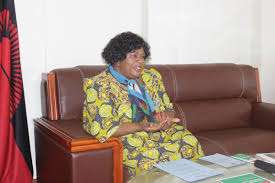 Former Minister of Homeland Security, Cecelia Chazama has been arrested by the Anti-Corruption Bureau (ACB) alongside former director general for the Department of Immigration Masauko Medi.

Four others have also been arrested over the alleged recruitment of 127 immigration assistants who did not have necessary qualifications.

According to a statement signed by ACB principal public relations officer, Egrita Ndala, the arrested persons are being accused of abuse of office.

Reads the statement: “We received a complaint alleging that the Immigration Department had recruited 210 immigration assistants who did not possess the required qualifications.

“The Bureau conducted investigations which established that the Department of
Immigration had recruited 127 persons as immigration assistants although they did not have the necessary qualifications.”

The four other accused persons are former Principal Secretary for the Department of Human Resource Management and Development Hilario Chimota and immigration officers Limbani Chawinga, Pudensiana Makalamba and Chandiwira Chidothe.