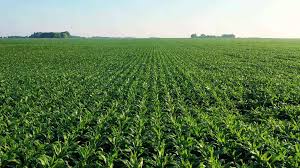 Ministry of Finance has released K500m to facilitate implementation of mega farms.

Greenbelt Authority Chief Executive Officer, Eric Chidzungu, whose organization is implementing the setting of the mega farms has told Zodiak that five farms have already been set up and maize has been planted.

The mega farms are in Karonga, Nkhata Bay, Nkhotakota, Salima (2) and Mangochi, according to Chidzungu.

Meanwhile, Controller of Agricultural Extension and Technical Services in the Ministry of Agriculture, who is also coordinating setting of mega farms, Alfred Mwenefumbo, says they have developed a concept that has set conditions to woo those that want to go into farming on big farms to follow.