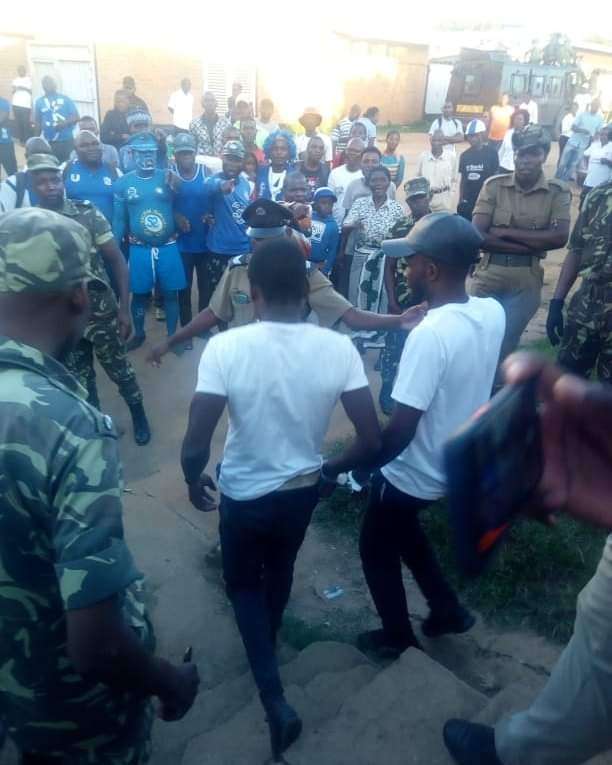 Four people arrested in connection with the alleged theft of about K440 000 gate revenue at Kamuzu Stadium in Blantyre are expected to appear in court tomorrow.

The money was part of the revenue for the TNM Super League match between Mighty Wanderers and Sable Farming FC.

Four gate cashiers Chiyembekezo Buffalo, 22, Tingo Fungulani (22), Prince Ndalama (19), and Gladys Meja (23) were arrested at the stadium after detectives allegedly found the cash stashed in their underwear as they were consolidating the gate collections. They will appear in court to answer charges bordering on theft.

Directors of Unity Gate Management System, a firm that was hired to collect cash at the gates, were also reportedly arrested later, bringing the number of the arrested individuals to six.

“The case is going to court on Tuesday. For more details ask the police,” Somba Banda said.

Southern Region Police deputy public relations officer Beatrice Mikuwa asked for more time before she could comment but was later out of reach. However, another source within the police, who asked for anonymity, confirmed that the case is indeed set for Tuesday.

In a Facebook post, Somba Banda explained that he spent the better part of the morning (on Sunday) at Soche Police during the initial interrogation of the suspects, who revealed a lot about the gate fraud.

“[The suspects revealed] they were working under instructions from one club official, who is still at large but two directors of the gate management firm have also been arrested, bringing the total number of suspects under custody to six,” he stated.

The arrest of the suspects followed football stakeholders’ dissatisfaction with gate revenue at big facilities after a mid-week Super League match between Nyasa Big Bullets and newly-promoted side Dedza Dynamos at Balaka Stadium grossed K12 million, a similar amount generated at a recent Blantyre derby involving Bullets and Wanderers at Kamuzu Stadium.