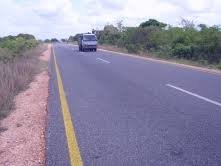 Rehabilitation of the M1 Road could take a little longer to commence as the European Investment Bank (EIB) is still scrutinising firms that could be awarded the project, which has been split into four sections.

The four sections comprise approximately 301 kilometres (km) from Kamuzu International Airport Turn-off to Kasungu, then from Kasungu to Jenda, from Jenda to Mzimba Turnoff and from Kacheche to Chiweta.

According to a procurement notice from the Roads Authority (RA), dated April 1 2021, works were expected to be implemented from August 2021.

The $154 million project is being funded under a blending operation whereby the European Union (EU) entrusted management to the EIB under a delegation agreement.

As such, it is the responsibility of the EIB to provide the necessary non-objections for the contracts.

RA spokesperson Portia Kajanga told The Daily Times that the authority had, so far, signed a contract with RSK Environment Limited to supervise works in all four sections

“However, procurement [processes] for contractors [are] not finalised yet. Procurement is a process which may or may not work out according to our plan. We can only estimate the time when we think works [and] contracts will be in place; that is, June 2022,” she said.

“We have the same [procurement plan] for rehabilitation of the M001, which is to be funded by the European Investment Bank (loan) and the European Union (grant),” she said.

In an emailed response, EIB Investment Officer for East and Southern Africa Sander van Kooten said they were, indeed, providing all approvals in line with their procurement guidelines.

Kooten said the contracts are significantly larger, hence they would take time to work on them diligently.

“We are, indeed, working on approvals for works’ contract for the M1 Road project. Works contracts are different from consultancy contracts, as they are simply significantly larger and, therefore, it takes more work to analyse diligently,” he said.

However, three consultants for the road were approved by the EIB this year.

In an interview yesterday, Transfer Minister Jacob Hara said EIB only gave no objection to the consultant of the road.

“The requirement for this project was that the no objection would be granted by the funders themselves. It’s unlike other projects, where the no objection has to come from PPDA. So, we, as government, are still waiting,” he said.

There has been an outcry from the citizenry to have the road rehabilitated.

At a developmental rally in Karonga District last week, President Lazarus Chakwera attested that the M1 Road was in bad shape.

“Let me tell you the truth. Although, the rains have destroyed the roads but let’s not always think that the road is the only way to transport goods. We can use the lake to transport goods [we can also use] the railway line which was deliberately destroyed. This would ultimately make commodity prices to go down in the country,” he said.“`