Members of Parliament (MPs) have raised concerned over judicial interference on the house’s decisions and deliberations.

Government Chief whip of the house Jacob Hara told the August house on Thursday, March 17, 2022 following the court order that was placed on Mangochi-Monkey lawmaker Ralph Jooma on water project.

Hara said judiciary should know that the august house has its own rules as it is second arm of government.

Jooma told the august house that his constituency people are suffering as the piped water project has been stopped as Center for Environmental policy and advocacy national youth network on climate change and movement for environmental action took an injunction .

He said it is a very sad development as the project was authorized by Parliament.

Leader of the House ,Richard Chimwendo said the house standing orders number 192 state that any motion under court shall not be discussed in the house.

Minister of Justice ,Titus Mvalo asked the august house to be calm on the matter to avoid prejudice.

This is the second injunction that Parliament has received during the ongoing proceedings. 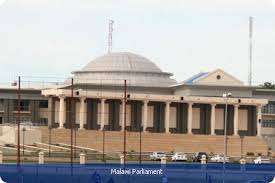 Twelve years after the magnificent Malawi Parliament building was constructed, the facility is experiencing serious leakage that building floors are Read more