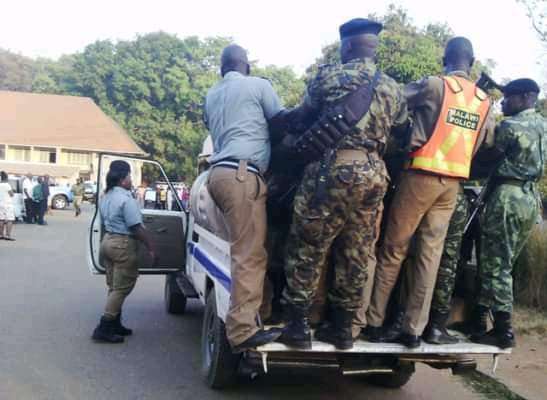 The Malawi Police Service has been named as the most corrupt institution in a study by Afrobarometer, a result police have declined to issue an immediate comment on.

The study results which was presented in Lilongwe today has shown that Police top the chat of most corrupt institutions with NGOs, MRA, Civil Servants and Members of Parliament among those on the list.

But police Harry Namwaza, deputy national police spokesperson has said that they will make an immediate comment until they are served with the report.

Namwaza has since said the police continues to encourage people to report any forms of corruption to authorities.

In his presentation on corruption, Joseph Chunga Deputy Director for Centre for Social Research says two-third of the general public says there is poor job in dealing with corruption.

Chunga added that 83% of people want swift actions by firing government officials involved in corruption acts and 82% of Malawians want to debar business implicated in corruption.

He added that 52% of Malawians want amnesty to be applied to some individuals in the country.

The report further shows that 52% of Malawians says that Covid19 funds disappeared due to corruption.

The report has also indicated that DPP did better fight against corruption rather than the ruling Tonse Alliance administration.