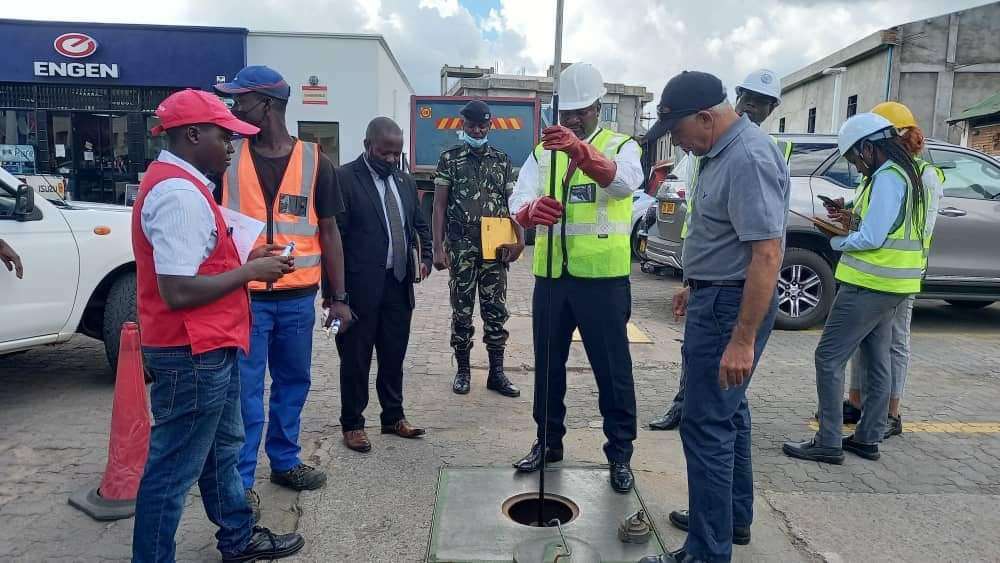 Minister of Energy Ibrahim Matola
made surprise inspections of some service stations in Blantyre where he continued to caution fuel retailers against hoarding fuel.

This comes after making similar inspections in Lilongwe yesterday.

Matola also assured the nation that there is no need to panic as there is enough fuel in the country’s strategic fuel reserves.

“Our capacity is 90 million litres, 60 million litres for Nocma reserves and 30 million litres for Petroleum Importers, which gives a 90-day cover. We are making sure we continuously supply these reserves with fuel. As I am talking now, 38 fuel tankers have already crossed the Songwe border coming to Malawi from Dar es Salaam,” said Matola.

He said apart from the global challenges such as the war in Ukraine, climatic conditions such as tropical storms have also affected the importation of fuel.

“For example, due to damaged roads in Beira-Mozambique, we have opted to use the Songwe -Da er Salaam route.