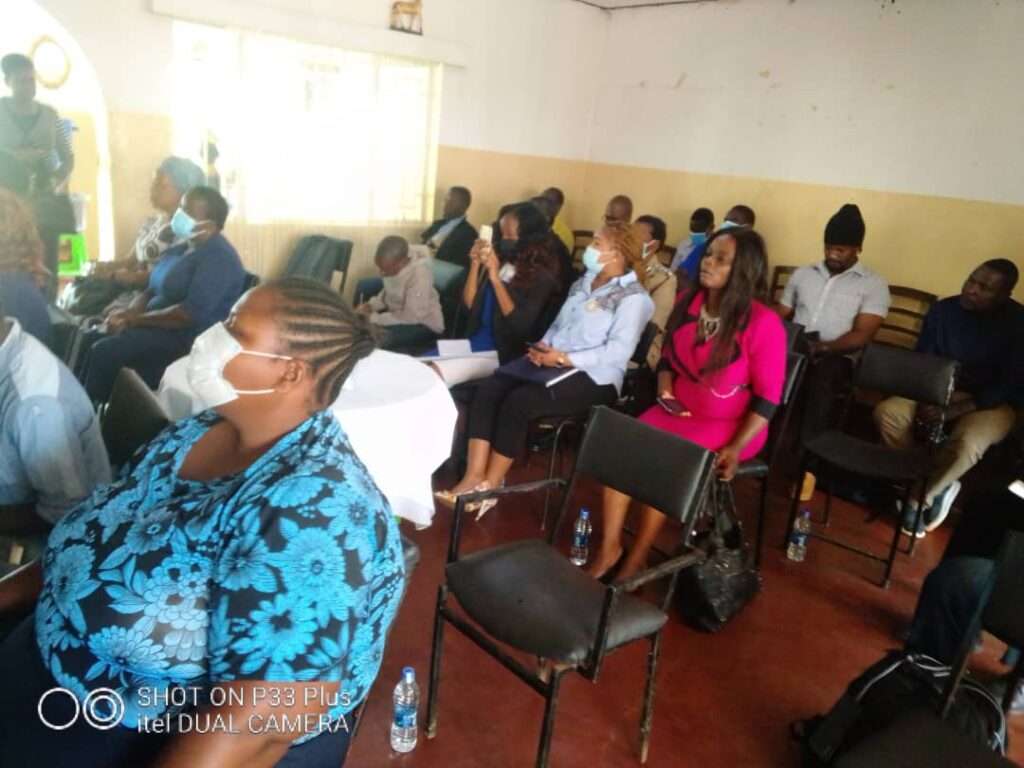 Dowa Police Station’s Officer-in-Charge, Deputy Commissioner of Police, Violet Magwaya, has asked NGOs partners implementing their various interventions in the Dzaleka Refugee Camp to use the police as an important partner in all the programs.

Magwaya made the call during a District executive committee meeting held at the boma on Tuesday following partners concerns of theft and breakings cases in the camp saying this is due to high population of the refugees and asylum seekers from Democratic Republic of Congo [DRC], Burundi and Rwanda.

She called for the need of all projects which are being implemented in the Camp for both the refugees and the host communities to have an element of security saying security is paramount to the sustainability of projects in the Camp.

The O/C asked partners to move together with the police so that they deal with the issues before somebody is victimized saying it is very worrisome hearing of increasing cases of thefts and breakings while the police is there.

’’We need to move together to deal with the issues before somebody becomes a victim,’’…..said Magwaya.
She thanked the UNHCR for holding discussions with the police on how best to enhance cooperation on security issues in and surrounding Dzaleka Refugee Camp saying the police proposed for a-training on issues of Gender Based Violence and protection of children in the camp.

Magwaya said the UNHCR has promised to train 30 people to be known by the refugees themselves saying it is the wish of the police to see to it that the security personnel trained are more knowledgeable on their roles and responsibilities.

In her remarks, Dowa District Council’s Director of Planning and Development, Loveness Nkunika-Silungwe, thanked NGOs partners for complimenting government efforts towards service deliveries in the district.

Nkunika-Silungwe asked partners implementing projects in the Dzaleka Refugee Camp to expand their interventions to the other areas of Traditional Authorities so that the benefits of the projects go to all the Dowa people.

Dzaleka Refugee Camp in Dowa district was designed to accommodate 10,000 refugees and asylum seekers from DRC, Burundi, Rwanda, Somalia and Ethiopia but the population has increased to over 55,000.