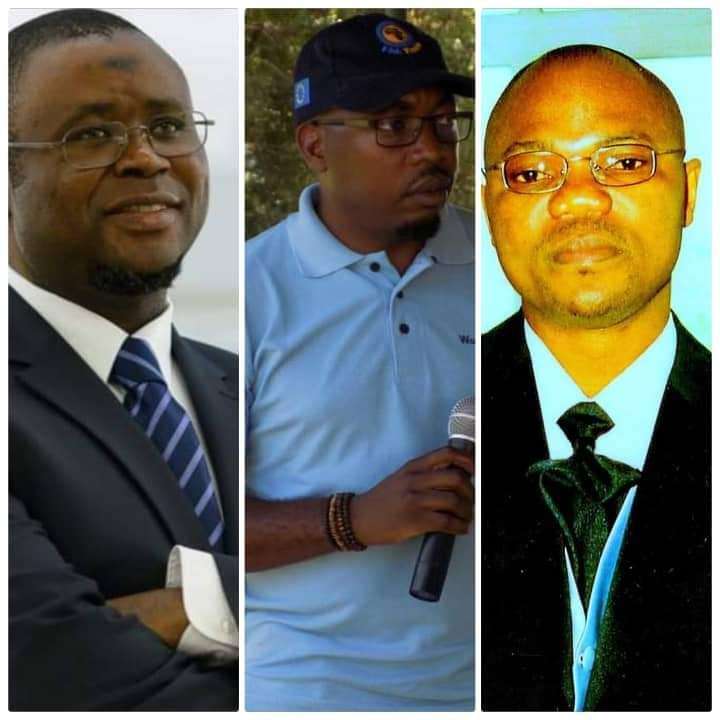 When one wants to annihilate a stubborn and unwanted tree for once and for all, they destroy the underground roots of the tree not by plucking the fruits of the tree expecting the tree to die slowly, silently and forever.

I find the reason behind this mobilization of lies against an individual who does not hold any appointed or employed public or civil servant position in Malawi extremely baseless, stupid and time-wasting. Simply fruitless. A wishful thinking it is.

I admire the zeal, determination and seemingly patriotic spirit in those who are believed to be organizers of parading these lies,

Onjezani Kenani, Idriss Ali Nassah and Joshua Chisa Mbele are well learned, informed and exposed but their recent activities which seem to be ill-advised and missing the appropriate target of their intent.

It appears they are parading lies only bent to use ACB to fight an Asian businessman named Zunneth Sattar who is a Malawian, born and raised in Malawi from an Asian family.

Zunneth late father was among the contractors who built the Kamuzu International Airport under Kamuzu Banda’s administration and contributed to many other infrastructure developments we are able to enjoy and be proud of now.

The best and strong infrastructure we see today and praise the former head of state Ngwazi Dr Hastings Kamuzu for those developments it’s Zuneth Sattar’ father who worked with Kamuzu and built them.

The three have gone further to display xenophobic towards the Asian Business community in Malawi, translating into character assassination as well infringing the rights of the minority. Is this revolution of Anti-Asian Campaign? Or hatred?

Idriss was all over in town fighting for the release of expenditure report of Covid-19 funds which has two budgets of MK17 billion and MK6.9 billion.
Both budgets were alleged to have been misused and defrauded by some government employees including those well known to be close associates of Malawi President Lazarus Chakwera.

No Asian Business man was alleged or suspected to have names listed in the looting. The corrupt acts were perpetrated by original black malawians and these trio men never said anything even mobilize funds to hold protest against this impunity committed by their fellow black people.

the ministry of foreign affairs and international cooperation released the expenditure report of the SADC summit,

The three men said nothing on this matter nor interest to protest at the Ministry’s office. And the ministry is run and managed by Black Malawians, no single Asian person is employed there.

Malawi Congress Party (MCP) Secretary General Eisenhower Mkaka built houses on public land in Area 43 and it is a known fact that some statehouse officials stole public land in area 49. These are your fellow black Malawians; will you not protest against them at their offices?

We have several issues happening in the country involving Black Malawians, we have several court cases been heard on corruption charges alleged to have been committed by Black Malawians. The three deem black malawians as saints and no need to protest against this impunity.

The Secretary to the government, Zangazanga Chinkhosi is speculated to be involved in several matters in which some people are thinking that it’s the cause of the numerous problems we are currently facing as the nation.
The trio have never for a minute expressed any interest to protest against this impunity at capitol hill were the Office of the President is situated. Is it because Chinkhosi is a black Malawian?

The Director of Anti-Corruption Bureau was recorded in a whatsApp conversation dishing out unnecessary and disheartening words towards the judges, lawyers and the President including his vice plus the Religious fraternity.
Kenani, Mbele and Adriss have not expressed any intent to ask DG of ACB to apologize or at least to reveal the identity of the person she was conversing with to dig deeper to investigate the people behind this incident. Simply because Martha and her friend are black malawians?

Ashok sued Martha for her defamatory words upon him. The three men finds it patriotic enough to be intimidating, threatening and calling Ashok with insulting words because he is an Asian.
Martha is allowed to say anything because she is a Black Malawian, is this fair justice? Why we hate indians? Why segregating?

Zunneth Sattar and associates are individuals working in the private sector, these are business people,

They never awarded any contract to themselves and they don’t work to the offices they award contracts, but they go compete for the bidding when they are successful they awarded contract pby public or civil servants who are black Malawians, therefore it is wise to expose the names of these enablers/accomplices and you must as well protest at their respective offices.

Why are you only attacking and targeting Sattar leaving behind the people or the institutions he did business with? Sattar doesn’t work at MDF or MPS or immigration department or at any public institution, Does Sattar awarded himself contracts? Why only fighting the supplier where is they buyer? Are you leaving behind those works in offices who award tenders just because they are black and you fight Sattar because he is an asian?

Don’t start the Battle that you won’t finish and every one has rights to do business and if work hard you become successful businessman or billionaire that means you work very hard,

Sattar is an innocent man of good character and why should his business be turned
upside down? He’s an international businessman crippled by this,” Farrell claimed,
adding that his client had acted properly throughout and believed that the NCA
case was “misconceived”.