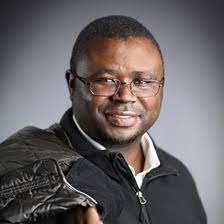 Patriotism or national pride is the feeling of love, devotion, and sense of attachment to a homeland or the country and alliance with other citizens who share the same sentiment to create a feeling of oneness among the people.

This attachment can be a combination of many different feelings, language relating to one’s own homeland, including ethnic, cultural, political or historical aspects. It encompasses a set of concepts closely related to nationalism and mostly liberal nationalism. Patriotism is demonstrated in times of crisis that people are united for one course while interested in country’s welfare; and sacrificing for the sake of country’s welfare.

National pride does not entail someone to look smart, more intelligent than the rest of the population while serving personal interests. Patriotism does not put your country’s security details while entangled with prosecuting agencies at the expenses citizens cheering up.

This is what one, Onjezani Kenani and others who are operating in remote control (outside the country) have missed and goofed on the dictates of Patriotism or national pride.

Kenani has been conniving with Malawi’s prosecuting agencies by receiving secrete information thereafter sharing to the social media without remorse. That’s not Patriotism but naïve.

One such clear Malawi’s prosecuting agency Onjezani has tampered with secret information is Anti-Corruption Bureau (ACB).Kenani who is currently abroad particularly in Geneva,

Switzerland wants always to look more patriotic than over 19 million Malawians on corruption fight while exposing the country’s secrete code, security details, that’s not national wide.Onjezani action on ACB contravenes the law that guide that office on corruption fight.For instance, ACB Director General take oath of secrecy but when such officer or consultant breaks that, they face the law.

To this effect, Onjezani was proved to be receiving secrete information from ACB following audio leakage whose name was mentioned which Chizuma has acknowledged of being her in the audio. Lord Denning QB, one of the country’s bush lawyers help us to understand in his writing on Chizuma’s oath she took when assuming the office

That is an oath of office that Martha as a Director General of the ACB took before assuming office. This oath of secrecy is according to s.54 of the Corrupt Practices (Oath of Secrecy) Regulations.S.54(4) Offences and penaltyAny officer or consultant in the service of the Bureau who directly or indirectly reveals to any unauthorized person or otherwise the contents of any document, communication or information whatsoever which has come to his or her knowledge in the course of his or her duties as such officer shall be guilty of an offence and liable, upon conviction, to a fine not exceeding MK50,000.00 AND to a term of imprisonment of FIVE YEARS,” says the law.

So, reading the law’s line, does Onjezani Kenani (whom the clip indicates receives information from Martha) and others authorized persons to receive secrete information from ACB? The answer is no.

Is Martha Chizuma not in breach of the secrecy oath highlighted above? President Lazarus Chakwera this week faulted Chizuma for breaching secrecy office oath but she was forgiven.“From where the law is standing, someone is liable to investigations and trial here”, concludes Lord Denning QB. Therefore, one such individual is Onjezani Kenani. He must be investigated for this law mess up.

If indeed Kenani is true patriotic to Malawi, he must come home show serious zeal on the country’s agenda than his own personal interests by all always fed with lies, fake posts on social media that cannot proven in the court of law.

Onjezani has put Malawi’s (his own country) security details at disrepute that he cannot even trusted in a country is currently operating in a remote control.

Kenani alongside Martha Chizuma must be investigated on their motive and agenda for violating graft body agency, ACB’s office oath.If investigation will not happen on Onjezani and Chizuma, ACB’s credibility on corruption fight is far much fetched.Let’s be true patriotic not naïve for personal interests and satisfaction.