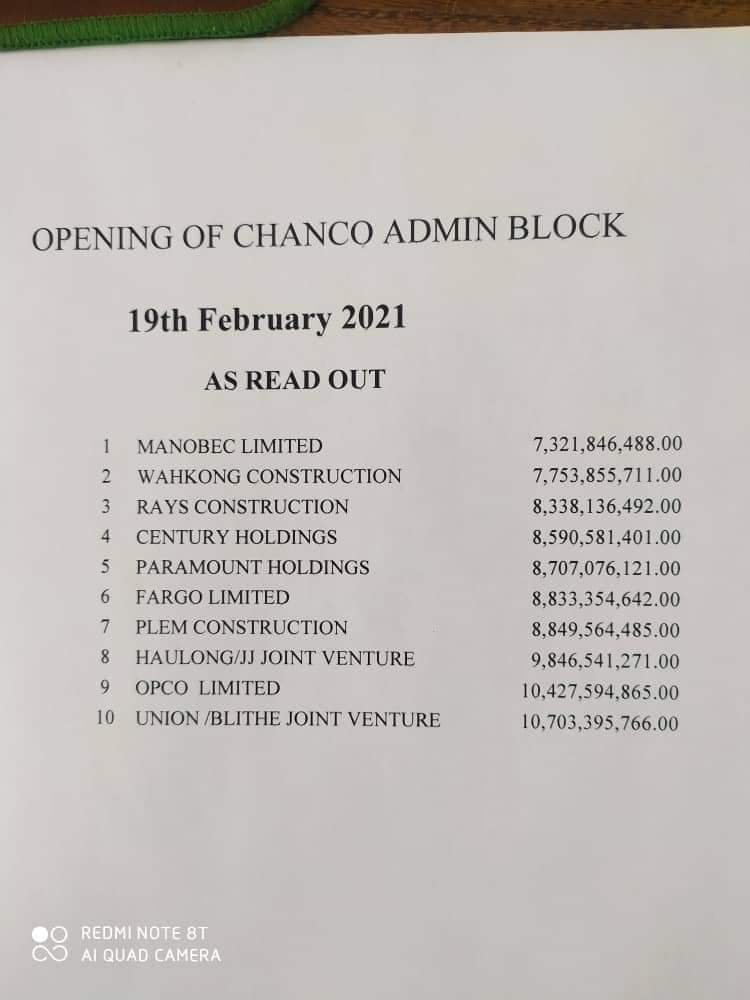 PLEM Construction, a firm synonyms with corrupt activities especially during DPP administration, is at it again. Power has changed hands but corrupt elements commonplace in the previous administration have been carried over to the present administration, the reason being the fact that most of the cadets, proven breeders of corruption, are still in positions of influence/Authority.

The government advertised a tender for the construction of Chancellor College (CHANCO) administration block, this was a competitive bidding. The tender process was somehow promising in as far transparency was concerned, bids were opened in full view of all shortlisted applicants, followed by announcement of results as in attachment. What puzzled most of the bidders was the fact that a company with higher bid price, PLEM Construction, was awarded the contract. Surprisingly,. In case some are not aware of .

By virtue of belonging to DPP cadets, PLEM has continuously enjoyed dubious business deals. On this scandal, both PPDA and CHANCO administration have better explanation on this mess.

After the deal was awarded, it’s said that one of the senior officials from PLEM joked in a nasty fashion and I quote, ‘The president is from MCP but DPP is still in control of the government system, we will keep winning these’ contracts because we are the ones practically in government.’ Sad reality is that, had it been that the normal tender process was followed and the rightful winner awarded the contract, government could have saved MK1, 527, 717, 997….that’s about MK1.5 billion; these funds could have been utilised in other development projects.

Chakwera administration has vowed to ensure zero tolerance to corruption, this scandal must be thoroughly investigated and remedial action swiftly taken. LET’S SAY NO TO CORRUPTION!

We are here in the interest of Malawians