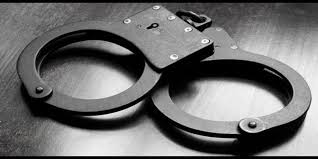 Police have arrested a man in Kachere Township in Blantyre for being found in possession of fake and expired drugs worth millions of Kwachas and operating such a business without a licence.

The police have identified the man as 57-year-old Daston Sandram who comes from the area of Traditional Authority Mthiramanja in Mulanje.

Speaking to , Deputy Publicist for Limbe Police Station, Widson Nhlane, said the suspect was arrested following a tip-off that some of the drugs he was selling including Parapain, Cafemol, Panadol, Novida and Indocid which has seen, were expired.

Police said the suspect was also found in possession of capsules which he allegedly packed with soil and maize flour and presented as drugs.

The suspect is also alleged to have been removing expiry dates on the drugs including on grocery items to resale them.

The seized drugs will be sent to the Pharmacy Medicines and Poisons Board for analysis and the suspect will among others be charged with being found in possession of drugs without a licence.

The police warn the public to refrain from buying drugs from uncertified dealers as the practice exposes them to many risks.