Central Medical Stores Trust’s (CMST) vision is to improve health in Malawi by ensuring a reliable and continuous access to highest quality medicines and medical supplies through efficient procurement, warehousing and distribution services at affordable cost. However, few bad apples in senior ranks are raping the very vision which they are supposed to stick to. They delay release/distribution of procured medical supplies to various DHOs as a way of sabotage.

Similar disturbing stories are coming from various DHOs about the reigning sabotage at CMST.
In one instance, an eye witness reported about an emergency case, the patient was rushed to Salima district hospital only to be greeted with bad news. The hospital had no enssential drugs and other medical equipments. Guardians were literally forced to buy own medical equipments from pharmacies such as IVs and razor blades, drugs inclusive.

After digging deeper to unearth the real cause of such disturbing situation, an informant from the DHO faulted CMST for the purposeful delays in releasing medical supplies after procedurally ordered/procured by their offices. They suspect that such deliberate delays are aimed at painting a bad image of the current administration. Chakwera administration should look as though it’s not delivering as per campaign promises.

Similar cases of sabotage have been witnessed in most MDAs including Public Procurement and Disposal of Assets Authority (PPDA). In some cases, boards have been dissolved and new ones constituted. Sabotage is now so real to be overlooked. It’s clearly frustrating implementation of Chakwera administration development plans. Clearing the rubble must be intensified lest the government fails to deliver as planned. 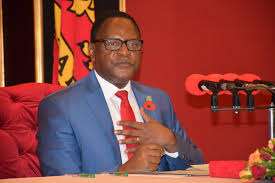