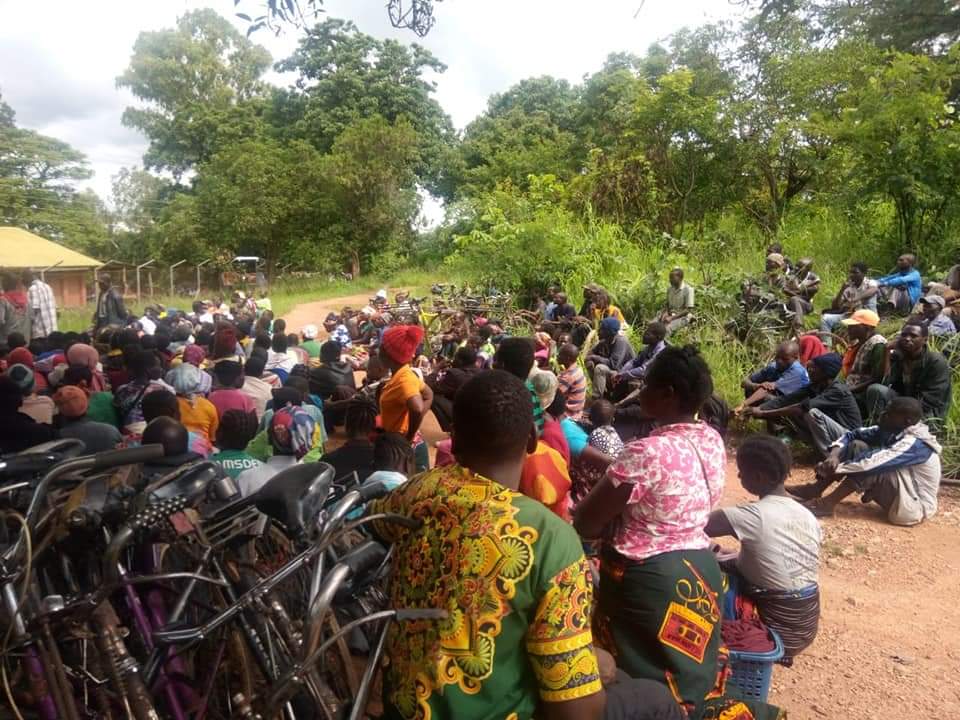 People from 45 villages under Traditional Authority Mhlonyeni in Mchinji district have this morning stormed the District Agriculture Office demanding to be told on the real date for them to purchase AIP fetilizer.

Their representative, Anthony Phiri says they have endured rains at Chapama AIP selling center for a week now but none of them has purchased even a single bag.

Phiri alleges some officials at the center were demanding K30 000 from each village to pay community policing officers to guard the bags that were off-loaded in an Assemblies of God Church.

“Later, the officials were demanding K10 000 from each farmer to purchase the commodity. If you can come in our gardens you will feel sorry to see our two months old crops without fertilizer,” says Phiri.

Kalumbe Ward Councillor, Yona Mtanga, who accompanied the villagers, says what is happening is contrary to expected procedures.

Meanwhile, Mchinji district Director of Agriculture and Natural Resources, Evelyn Chima has asked the villagers to alert her office of any suspected corrupt incidents.