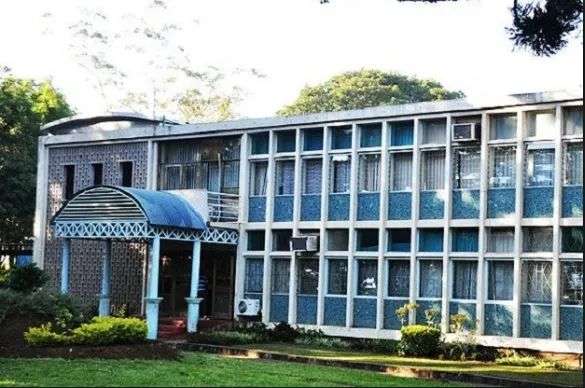 Agricultural Development and Marketing Corporation (Admarc) general manager Rhino Chiphiko said in an interview on Monday the move is meant to raise funds to settle some of the corporation’s debts and clear warehouses of old stock.

He said Ministry of Agriculture has given the corporation a go ahead to sell the maize while the Ministry of Trade and Industry has granted them an export licence.

Chiphiko: Funds to be used to pay debts
Chiphiko said: “We have got a lot of debts to settle, Admarc’s role is to buy and sell locally or to export. Keeping maize is expensive as it incurs a lot of storage costs.”

However, he could not state how much they expect to raise from the maize export deal, but justified the transaction, saying: “Admarc’s role is to buy and sale maize while National Food Reserve Agency [NFRA] looks at the management and maintenance of strategic grain reserves.”

However, the move comes at a time when the country is facing drop in maize production due to three tropical storms, Ana, Dumako and Gombe which have wiped out 115 388 hectares of crops affecting 106 671 farming households in 18 districts.

Based on the data, an economist and agricultural expert warned Admarc yesterday that although it is justified to sell the maize to raise funds to repay its debts and create space for new stock, the timing is wrong.

Tamani Nkhono Mvula said in an interview it does not make sense for Admarc to export maize with the current crop estimates.

He said: “The timing for this export is not good. Whenever we are having projections that there is going to be food shortage in the country, we need to be careful [with food crops] otherwise we might create unnecessary food shortages in the country.”

Nkhono Mvula warned the move, in case of food shortage, would also push up prices on the local market.

He, therefore, advised Admarc to hold on to the maize, saying: “If there will not be enough maize in circulation, institutions such as Department of Disaster Management [Dodma] and World Food Programme [WFP] will need to buy maize on the local market thereby creating a local market for Admarc maize.”

But Chiphiko said stocking maize is expensive, especially at NFRA. He could also not say whether Admarc has researched if the country has enough maize to warrant maize exports.

“That lies with the Ministry of Agriculture and NRFA. But keeping maize at NFRA is expensive as it incurs a lot of storage costs,” he said.

In a separate interview on Tuesday, University of Malawi economics professor Ben Kaluwa urged Admarc to assess the situation on the ground before taking the decision to export maize.

He said: “Admarc being a State-owned enterprise should play a food security role. Therefore, it is awkward for Admarc to even think about exporting maize.

“Maybe they are under debt stress, but government should do something so that Admarc should not be under any pressure to force it to export or sell maize.”

Last month, Chiphiko revealed that the company had recorded a K14 billion loss in the past financial year, instead of the projected K3 billion profit.

He said lack of funding to buy more crops affected the company and it has found itself in a deeper problem.

“They will create a market for the new crop which makes a lot of sense to us,” she said.

However, Mhango expressed reservations with the idea of selling the maize to Kenya, saying it is not the best market for Malawi considering the logistic cost involved