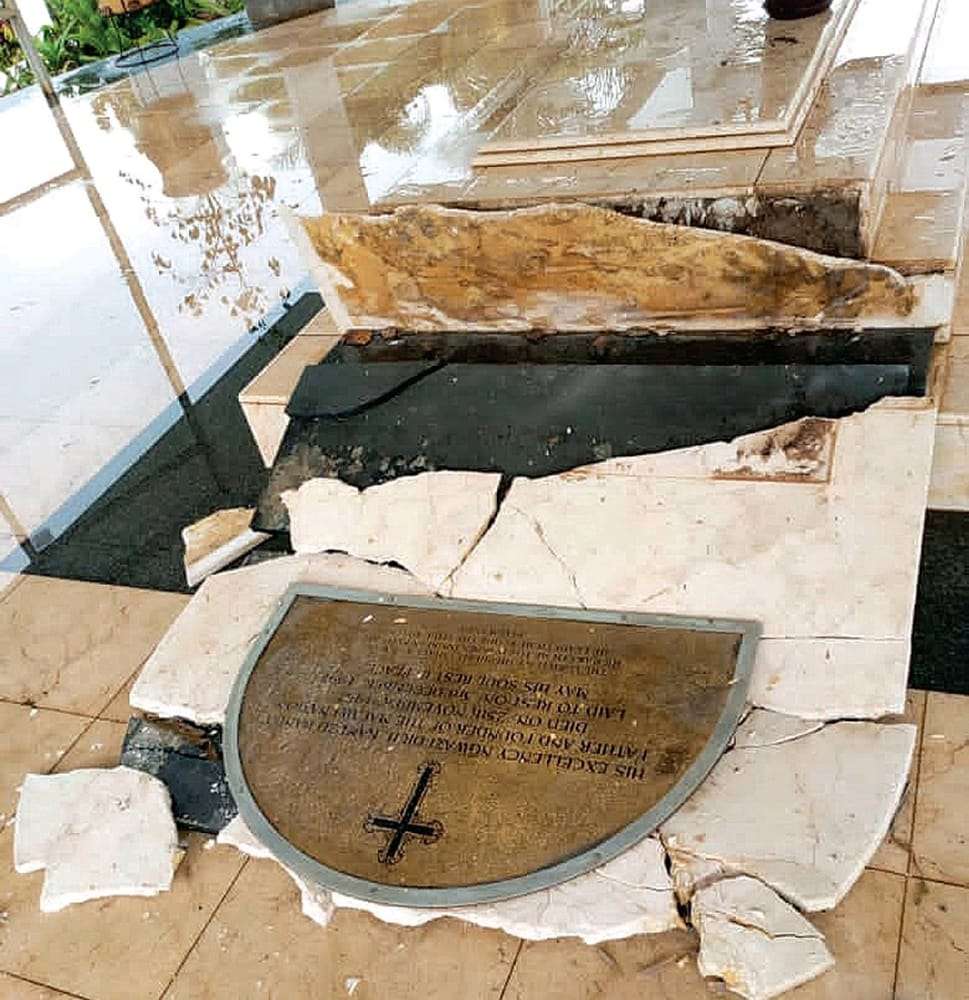 Government is yet to fix Kamuzu Banda’s broken tombstone almost two months after heavy rains damaged part of the mausoleum which houses it.

The broken tombstone
While sources from the ministry indicate that the delay to fix the damage to this public attraction site is due to lack of funds, the ministry recently called for tenders for the construction of a mausoleum for the late Orton Chirwa at a cost of K1.4 billion.

This call for tenders drew public criticism considering the huge cost amid the country’s ailing economy.

Ministry of Tourism, Culture and Wildlife spokesperson Simon Mbvundula said a technical assessment was conducted immediately the incident happened “to determine the extent of damage and the type of repairs required”.

He added: “Considering the unique nature of materials and repair works that are required, processes are underway to identify the right sources and expertise.”

Mbvundula said further assessments are being done to determine the cost.

Our visit to the mausoleum showed that people, as usual, go to the place for appreciation.

However, despite the site attracting several visitors on a daily basis, it is operating without a toilet which is an inconvenience to both workers and visitors.

The makeshift flush toilet, constructed at the mausoleum 17 years ago, was damaged during the 2019/2020 electoral related demonstrations, and remains unrepaired.

Chirwa is another founding member of MCP. He may become the second public figure to have government construct a mausoleum for him.