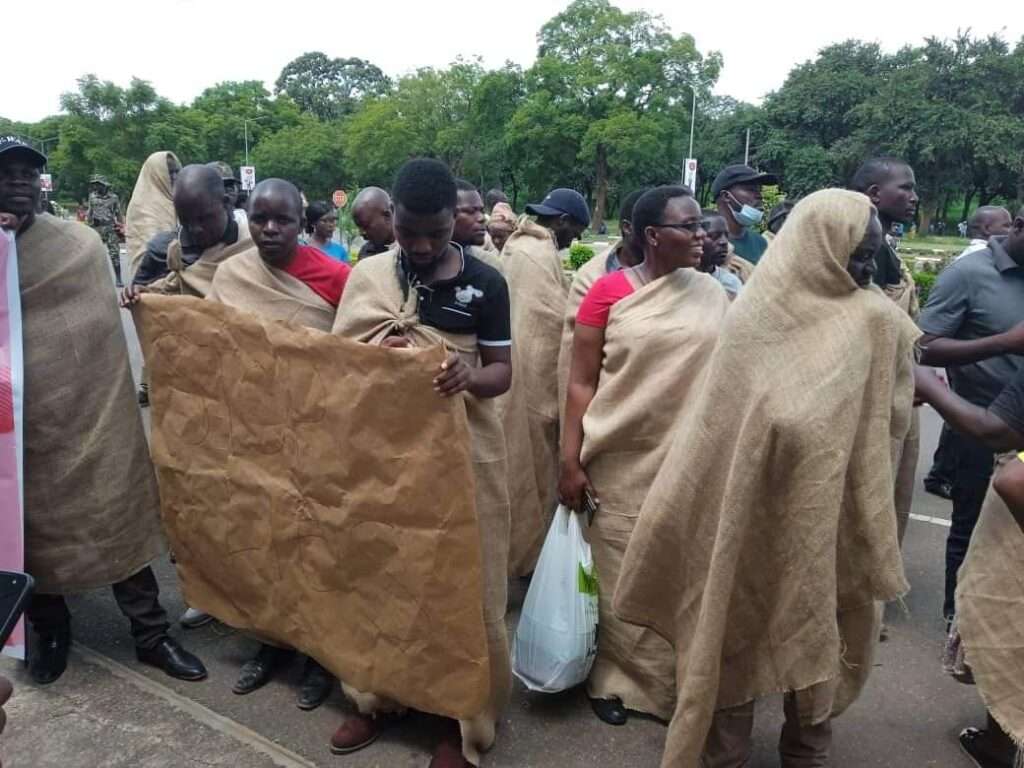 ‘Concerned citizens’ from Rumphi and Chitipa districts are this morning staging demonstrations in Lilongwe over the bad condition of the Rumphi-Nyika-Chitipa Road.

They intend to petition the Ministry of Finance for its failure to allocate resources for the construction of the road.

To show their desperation, they are wearing sackcloth, a type of garment worn during biblical times as a token of mourning.

The Rumphi-Nyika-Chitipa Road has been designated by the Roads Authority (RA) several times as one of the planned projects.

Stretching through over 272 kilometres, the road is of earth standard and several spots become impassable during the rainy season.

Passing through Nyika National Park, one of the most outstanding natural conservation areas, the road is said to have huge social and economic potential.

According to RA, once constructed, the road, with a section close to the border between Malawi and Zambia’s Eastern Province, will open economic activities between the two countries.